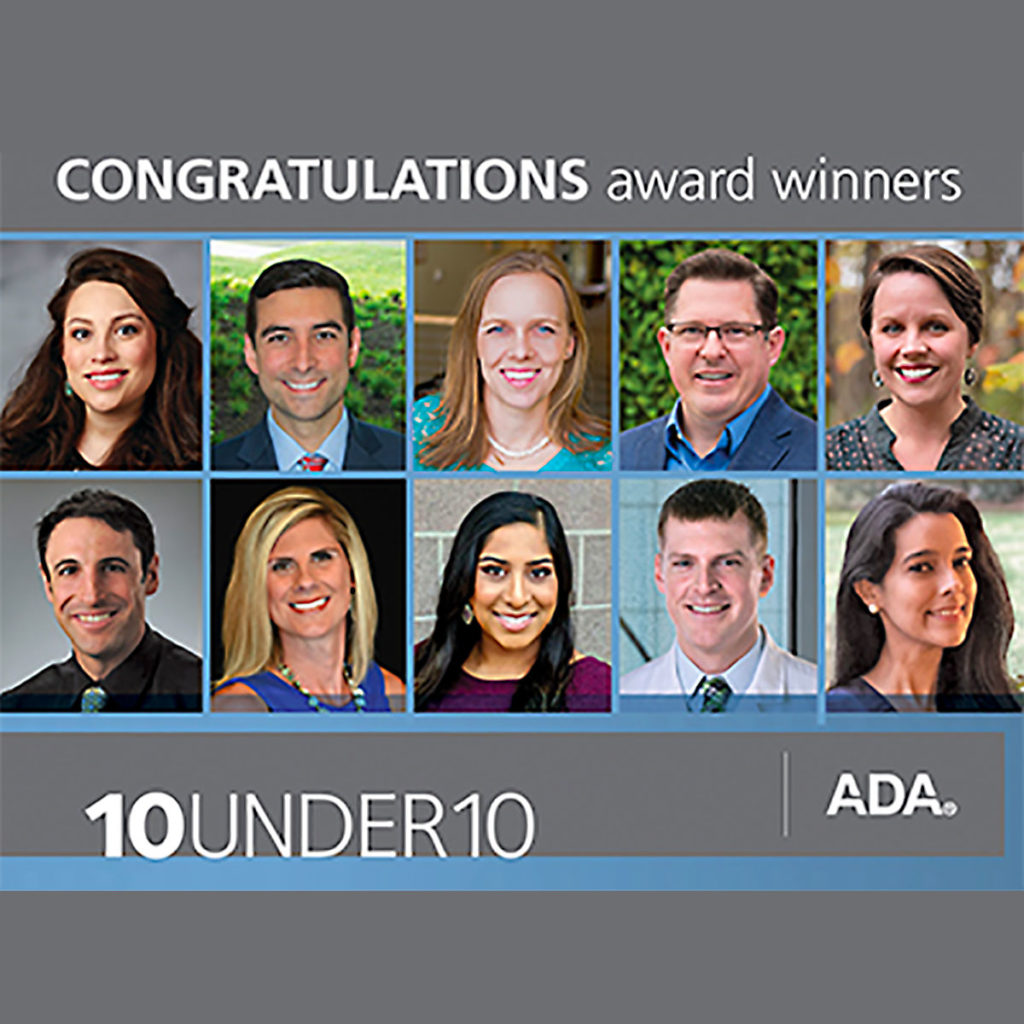 We recently received some exciting news about two Dugoni School alumni who were selected by the American Dental Association for a national award that honors dentists who are making an impact on the profession less than 10 years after graduating from dental school.

According to the ADA, the winners are driving dentistry forward and inspiring their colleagues through their work in science, research and education, practice excellence, philanthropy, leadership and advocacy.

We are proud of these two alums and all of the other young professionals who were nominated and recognized by the ADA. Learn more about the award on the ADA website.