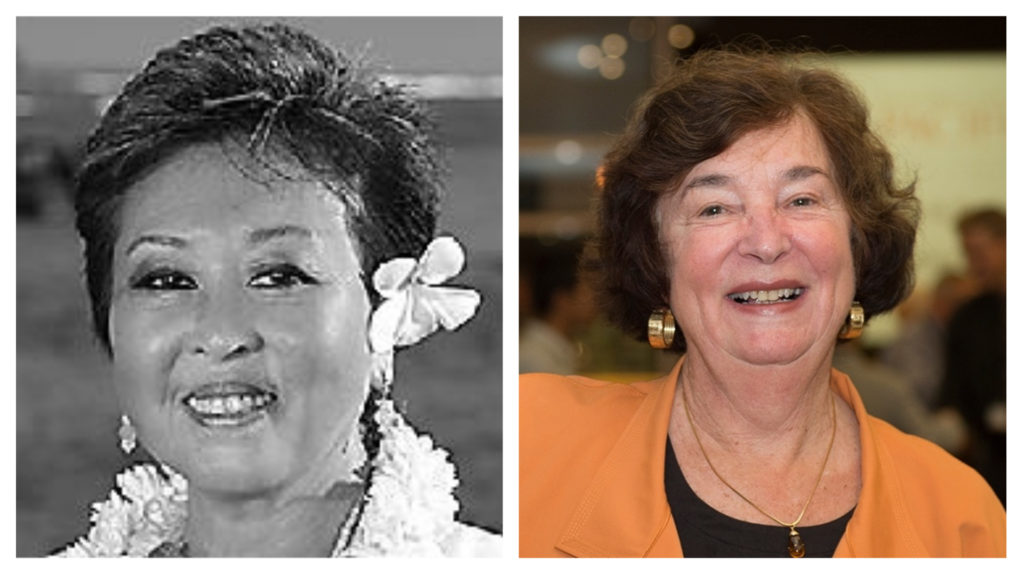 It is with a heavy heart that I share with you news of the losses of two members of the Dugoni School family — Mrs. Lina Fat and Mrs. Rosemary Dixon. Both were great friends and benefactors to the Dugoni School, sharing their time, talent, and generosity.

Restaurateur and Sacramento civic leader Lina Fat, 81, died peacefully in her sleep on November 25, 2019, with her husband Dr. Ken Fat and their children and grandchildren all at her side. Dr. Ken Fat served as our Dugoni School Foundation president from 1996 to 1998 and, together, they established the Kenneth and Lina Fat Family Student Scholarship Endowment. Lina is survived by Ken and their three children, John C. Fat ’88 (Shareen ’86), Kevin Fat (Sarina), Diana C. Fat-Carpenter ’99 (Charles), and eight grandchildren, including Michelle Fat ’19. A memorial service was held Monday, December 16, 2019, at the Cathedral of the Blessed Sacrament in Sacramento. Lina’s obituary is available online here and outlines an extraordinary life well-lived.

Mrs. Rosemary Dixon passed at the age of 78 on December 24, 2019, at her home in San Mateo, California, surrounded by friends and family. Rosemary’s late husband, Dr. F. Gene Dixon, served as our Dugoni School Foundation president from 1990 to 1992. Together, the couple created the Dr. F. Gene and Rosemary Dixon IDS Endowment to provide scholarships for students in the International Dental Studies program at the Dugoni School, the first such endowment for international students at a dental school in the United States. Rosemary personally attended the annual announcement of the two IDS students selected for outstanding academic achievements and involvement in student leadership, sharing her connection and commitment to the future of the profession.

Rosemary’s memorial service will take place Wednesday, January 8, 11:00 a.m., at the First Presbyterian Church of San Mateo. A lunch reception will follow at the nearby Peninsula Golf & Country Club. Rosemary’s obituary is available online here, and is a worthwhile read about one of our dearest friends.